In July we were able to send new uniforms to the newly enrolled children. Children who have been at Maggie’s School for several years were also given new uniforms as their uniforms were worn out. A child in a uniform is protected from tribal warfare as they are being educated. It’s very important that all of Maggie’s School children have uniforms. We also sent several soccer balls and the children enjoyed playing with them. Furman University donated the soccer balls and we th

In July a medical team was sent to the school to treat the children. The visit was a huge success. All of the children received deworming medication. Every child was examined and all cuts and scrapes were treated. The overall health of each child was evaluated. This is such a miracle to have the children cared for in the middle of desert.
Please donate to Maggie's School

We Have Land in Cambodia!! 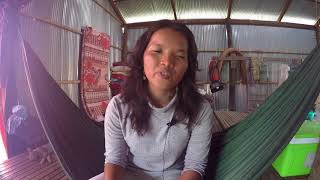 News From Njoki and Our Friends In Maggie School!